Study: More Than One-Third of ER Consults for Orthopaedic Injuries Are Inaccurate 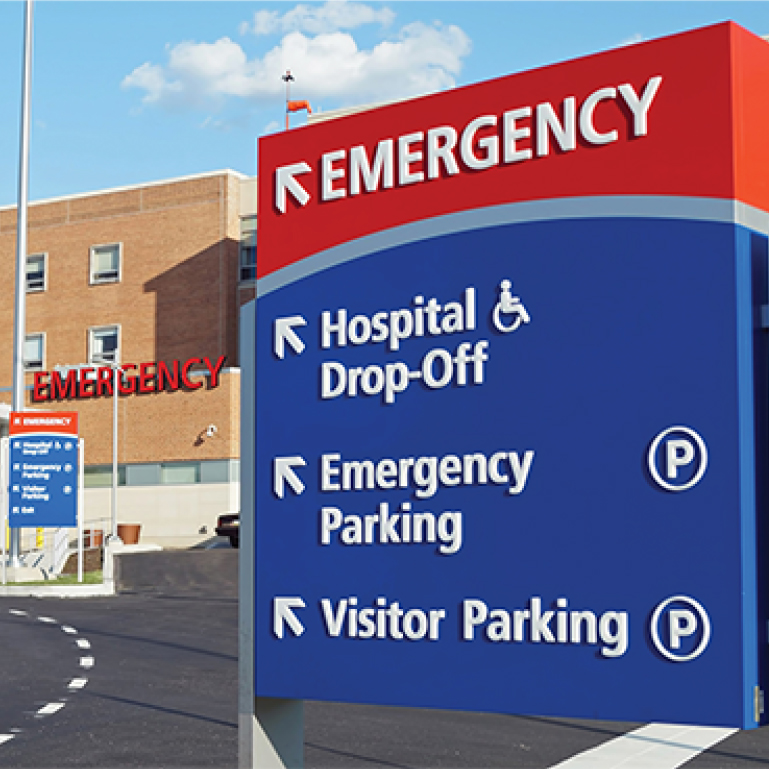 STUDY: More Than One-Third of ER Consults for Orthopaedic Injuries Are Inaccurate — By: Terry Stanton

Findings suggest a need for more orthopedic training for ED residents and personnel.

A study of how orthopaedic conditions are diagnosed and managed by emergency room (ER) personnel at one Level 1 trauma center found that a significant number of them are misdiagnosed and ineffectively managed.

The study was presented by CPT Nicholas A. Kusnezov, MD, during the 2016 annual meeting of the Society of Military Orthopaedic Surgeons. The prospective, blinded analysis reviewed 239 consecutive consultations (consults) for orthopaedic injuries or conditions by an institutional emergency medicine department. Of these, 38.5 percent were determined to be inaccurate, with the most common errors being “nonspecific or overly general consults” (14.6 percent), incomplete information with missed injuries (12.6 percent), grossly incorrect diagnoses (11.3 percent), and use of incorrect terminology (5.9 percent). 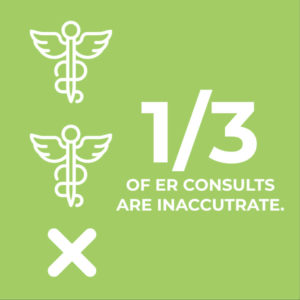 Dr. Kusnezov said that inaccurate diagnoses had “a significant impact on management” in 73.9 percent of cases. Among specific errors, of the 5.4 percent of injuries that were open, 30.8 percent were called “closed,” and antibiotics were not initiated prior to an orthopaedic consult in 61.5 percent of open fractures. In addition, the appropriate initial workup (imaging and laboratory studies) was incomplete in 25.5 percent of cases at the time of orthopaedic workup. Nearly one-third (31.2 percent) had incomplete lab results and nearly three-quarters (72.1 percent) had incomplete imaging. 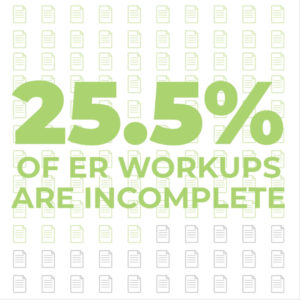 For the study, consults involving patients directly transferred to orthopaedic care and those placed by the general surgery trauma staff or by some other, nonemergency medicine service were excluded. Most injuries occurred in adults (90.8 percent) and were traumatic (84.9 percent).

Date and time of the consult were recorded, as was the diagnosis (laterality, anatomic location, description of the injury or infection) initially communicated to the orthopaedic provider, age category (adult or pediatric), whether appropriate workup (imaging and lab results) was complete at the time of consultation, whether the injury was open, and whether the patient received intravenous antibiotics and/or tetanus prophylaxis if appropriate.

The final diagnosis was determined through consensus by staff and residents, which is the standard for the facility. A consult was deemed “accurate” if initial and final diagnoses were concordant. Inaccuracies were categorized in the following ways:

Whether the inaccuracy significantly affected the management of the patient was also noted. According to the authors, “Change in management was deemed to be “significant” if there was a change from operative to nonoperative management or vice versa. Finally, we evaluated the necessity of orthopaedic evaluation in the emergency setting. Orthopaedic evaluation was determined to be unnecessary if the injury or infection did not require reduction, acute operative intervention (or surgical management within the foreseeable hospital stay), or if recommendations by the orthopaedic service were unnecessary for management of the patient (eg, a grade I acromioclavicular joint sprain).”

The emergency medicine providers were blinded and unaware of the study. Orthopaedic providers were “naturally blinded from the nature of the consult until the point of consultation.” To minimize heterogeneity, the study was performed during the final 3 months of the year, when ED residents would have the greatest experience.

Dr. Kusnezov and the two other primary investigators — John C. Dunn, MD, and Emmanuel D. Eisenstein, MD —independently determined whether each consult was accurate and specified the type of inaccuracy. Discrepancies were resolved by group consensus. Appropriateness of workup (imaging and lab results), management (intravenous antibiotics and tetanus prophylaxis), and orthopaedic consultation was similarly evaluated. “Final diagnosis, accuracy, category of inaccuracy (if applicable), the effect on management, and necessity of acute orthopaedic evaluation were subsequently entered immediately following each morning conference on a daily basis to mitigate recall bias,” the authors reported.Common … and commonly missed

Musculoskeletal conditions are among the most common injuries seen in the acute and primary care setting, Dr. Kusnezov said, but they are also the most commonly missed injuries in the ED setting. He noted that a review of malpractice claims found that fractures were the most likely injuries or conditions to be missed, followed by infection and myocardial infarction. Thus, misdiagnosis of fractures and dislocations in the ED is a significant cause of litigation and has a negative effect on patient welfare and cost to both the patient and institution. However, a study to characterize the impact of missed or mismanaged injuries on ultimate management had not been conducted.

Previous studies looking at factors that contribute to misdiagnosis and ineffective or misguided management by ED providers have pointed to issues such as work pace, lack of round-the-clock access to specialists, radiographic interpretation performed by junior ED staff, and a tendency by providers who have one diagnosis of injury to lower the index of suspicion for others.

Dr. Kusnezov acknowledged that “workload and pace are certainly contributing factors in a busy Level 1 trauma center.” At his institution, where the study was conducted, “orthopaedics is accessible around the clock and all radiographic interpretation is based on consensus among resident and supervisory staff.”

The authors noted that musculoskeletal anatomy is “often at least cursorily covered in medical school curricula,” but that orthopaedic diagnoses and management are “severely underrepresented” even though musculoskeletal injuries are commonly encountered in the acute and primary care settings. “As a result,” they wrote, “emergency medicine physicians’ knowledge and understanding of relevant orthopaedic conditions and injuries derive almost exclusively from their residency training. Experience is largely limited to didactics by other emergency medicine providers, online programs, and/or one-month rotations with the orthopaedic service. Numerous investigations have previously called for increased orthopaedic training among emergency medicine residents and, given the findings in our study, clearly, more education is required to ensure appropriate and timely patient care.”

Dr. Kusnezov said that the shortcomings and errors described in his study could be addressed by adopting a collaborative interdepartmental approach and providing increased orthopaedic training for emergency medicine providers, including an annual orthopaedic component in their residencies. Specific areas of focus, he said, should include correct use of terminology, improving specificity of diagnosis, thoroughness of the clinical examination, appropriate imaging, and delineation of orthopaedic versus nonorthopaedic problems.

The authors’ disclosure information can be accessed at www.aaos.org/disclosure

Terry Stanton is the senior science writer for AAOS Now. He can be reached at tstanton@aaos.org 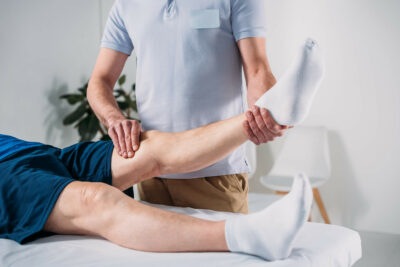