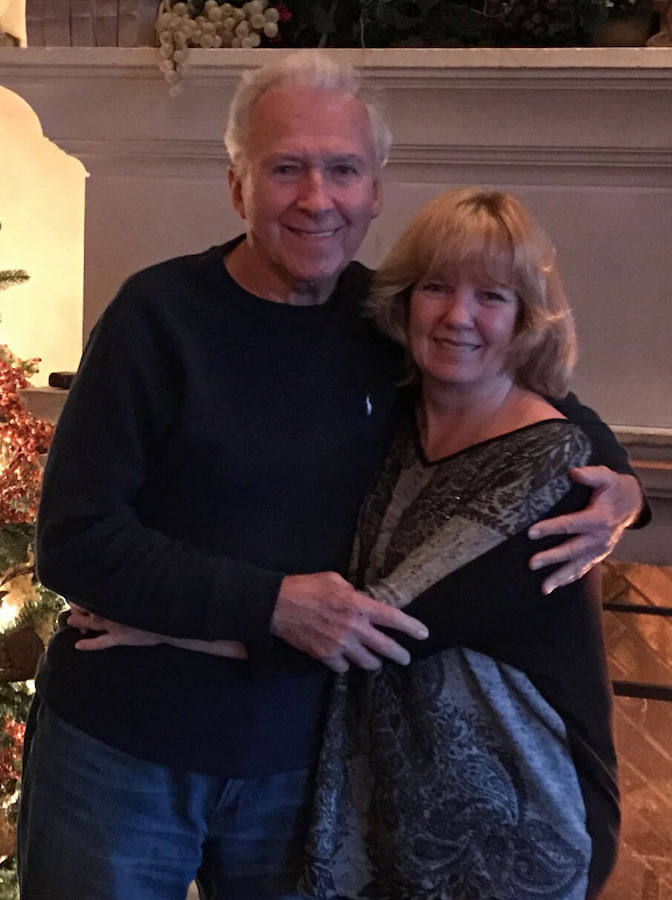 Trevor was a runner and skier his entire life from his 20s to his 80s. His knees suffered from overuse as he aged and became stiff and painful. He survived with cortisone injections. At first they lasted a few weeks and then only a few days. Knee replacement surgery became inevitable. Osteoarthritis is a degenerative joint disease that affects mostly middle-aged and older adults. During Trevor’s active 60 years, his joint cartilage that cushions the thighbone, shinbone and kneecap where they meet at the knee, wore away. The goal of knee replacement surgery is to resurface the parts of the knee joint that are damaged and replace with metal and plastic parts to recreate the joint. Dr. Scott Welsh performed Trevor’s first knee replacement surgery in September. He was in the hospital overnight one night. That was too long for Trevor. So when he had the second knee replacement surgery, he came home the same day, about six hours after surgery. He could walk the hallway of the hospital before he was released. The second day he didn’t even use a walker. He walked a short distance with his wife Debbie at his side to steady his gait. Two weeks later Trevor was playing golf. Trevor is a firm believer in having a positive outlook about a desired outcome, surgery in this instance. He sets personal goals such as visualizing himself playing golf post surgery, well and pain-free. His positive vibe training included physical therapy before and after his surgeries. Trevor’s pre-surgery experience at DOC was fine. He had total confidence in his DOC surgeon, Dr. Welsh. He only wishes he had the knee replacement surgeries many months earlier rather than waiting and limiting his activity in the meantime because of knee stiffness and pain. Trevor also thinks that one double knee surgery may have suited him better. The advantage of two knee replacements at once is one surgical experience and one physical therapy course. The biggest disadvantage is no good leg to stand on, making recovery and rehabilitation more complicated. Trevor doesn’t run any more, but he golfs, bikes, exercises with a stretching routine, squats, pushups, and a slant board. He says that he is “addicted to exercise.” He isn’t overweight. When Trevor and Debbie go on vacations and he can’t exercise for a few days, he gets anxious. This year they are going back to Key West for their anniversary where they honeymooned 19 years ago. Trevor visualizes a smooth-sailing, active tropical vacation.