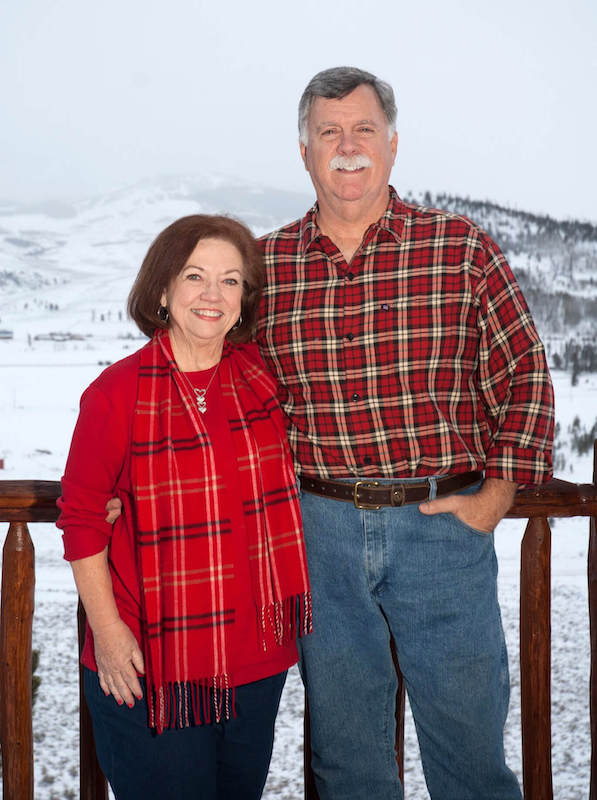 Charles tripped over a box in the garage while carrying a box and landed on his left shoulder. Later the same year he tripped over the water hose while working in his garden. He had two rotator cuff repair surgeries within a few months. Three weeks after the 2nd surgery he reinjured his right shoulder and required a third surgery to repair that damage. All of this happened last year and Dr. Scott Welsh was his surgeon for all three surgeries. The rotator cuff tendons cover the head of the humerus (upper arm bone) and help to raise and rotate the arm. During both surgeries, Dr. Welsh repaired the torn rotator cuff by re-attaching the tendon to the head of humerus. Charles feels like DOC should have a frequent guest program like frequent flyers. In 2018, Dr. Welsh performed the 4th surgery on Charles for a knee replacement. Both knees were bone on bone and they decided to replace the worst knee first. His second knee is scheduled for replacement in February 2019, Charles’ fifth surgery with Dr. Welsh. The knee is the largest joint in the body and healthy knees help to perform everyday activities. The knee is made up of the lower end of the thighbone (femur), the upper end of the shinbone (tibia), and the kneecap (patella). The ends of these three bones where they touch are covered with articular cartilage, a smooth substance that protects the bones and enables them to move easily. Osteoarthritis is age-related “wear and tear” arthritis. The cartilage that cushions the bones of the knee wears away. The bones then rub against one another, causing knee pain and stiffness. Charles knees were both bone on bone. During his knee replacement, Dr. Welsh removed the damaged cartilage at the ends of the femur and tibia with a small amount of underlying bone. He replaced the removed cartilage and bone with metal components that recreate the surface of the joint. Charles is familiar with physical therapy after surgery because he went to PT for all three shoulder operations and one knee so far. Physical therapy helped him to regain strength and flexibility in his shoulder and later his knee. Now Charles goes to the gym two to three times a week for an elliptical workout and strength training with weights. Charles explains his experience at the DOC office. “The staff at DOC is very pleasant and professional. I had a very short wait to see the doctor. If I wasn’t retired, I would want to work for DOC.” Charles and his wife manage a guesthouse in Texas. They have children and grandchildren in Houston. Incidentally Charles would like to include his wife, who also had knee surgery before any of Charles multiple surgeries in their frequent surgery program with their favorite surgeon, Dr. Welsh.